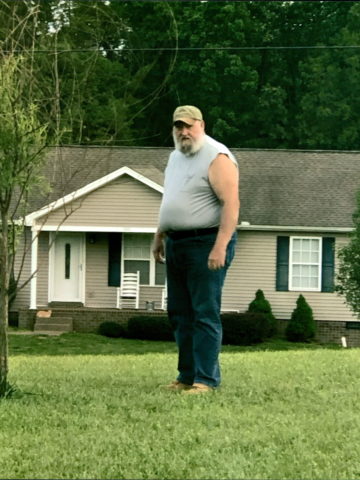 Departed on October 2, 2020 and resided in Portland, TN

Bill was a truck driver for over 30 years. He enjoyed being outdoors doing yardwork with his beloved dog, Ranger. He enjoyed taking care of his goats, deer hunting and fishing catfish, crappie, bass or anything that would bite.

A Celebration of Life service will be conducted on Thursday October 8, 2020, at 2 PM from the Chapel of the Crestview Funeral Home with Pastor Jonathan Muro officiating. Inurnment will follow at the Crestview Memory Gardens at a later date.

The family will receive friends on Thursday from 1 pm until the hour of the service at the funeral home.

Crestview Funeral Home is in charge of arrangements. Online condolences may be submitted at Crestviewfh.com