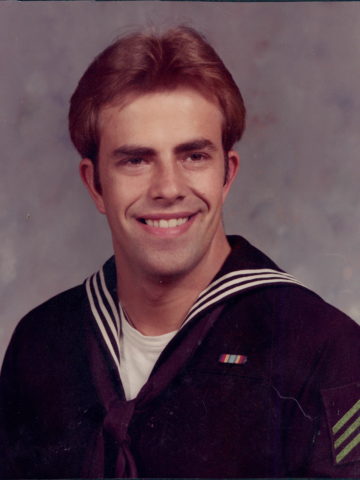 Departed on August 25, 2016 and resided in Gallatin, Tennessee

Steven was born in Galesburg, IL to the late Betty Jean Holmes Perkins and Virgil Otis Perkins. He was a 1977 graduate of Warren High School in Monmouth, IL. In 1981 he found his passion serving in the United States Navy. He served his country honorably for 20 years, on the USS Independence & USS Midway, porting in locations all over the world with Diego Garcia being one of his most memorable. After his service he worked until 2012 for Allied Barton as a Security Officer at Vanderbilt. Steven could best be described as a thoughtful, fun loving, kind, gentle and generous military man. He had many hobbies, with some of his favorites being traveling, fishing, doing anything with trains, Karaoke, flying kites, and collecting anything to do with Godzilla.

The family would like to thank all the compassionate & loving caregivers at Alive Hospice and also the excellent care he received from the Nashville VA Hospital, in particular, Dr. Benjamin Tillman.