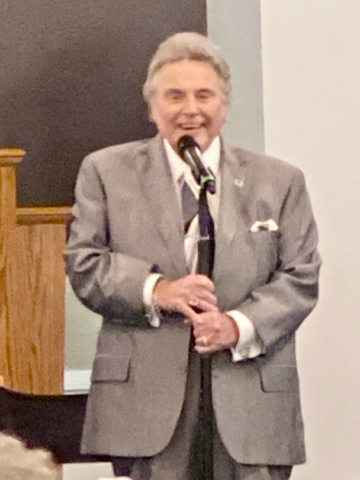 Departed on January 14, 2019 and resided in Castalian Springs, TN

Thomas Neil Sammons, 73, of Castalian Springs, Tennessee, passed away on January 14 at
Tri-Star Centennial Hospital in Nashville. Tom is survived by his wife, Donna Faye Sammons,
his son, Jake Sammons, Jake’s family, Anjanette, Allison, and Cadence, his daughter Tami
(Sammons) Hunter and her family, Jamie, Westley, and Mason. Tom was preceded in death by
his daughter Tracey and grandson Gage.
Tom was born at Camp LeJeune, North Carolina, in 1946 to JT and Vivian Sammons while his
dad, JT, served in the US Marine Corps. Tom loved music and baseball and enjoyed being
involved in both throughout his youth. He was drafted into the US Army during the Vietnam
Conflict and was stationed in Germany. Tom married his childhood sweetheart, Donna, in
March of 1966. They settled outside of Detroit, MI, when he was honorably discharged in 1967.
They were married 53 and a half years.
Tom loved singing Gospel Music more than anything else and grew up listening to the spiritual
songs of the Statesmen and Blackwood Brothers. Tom and Donna helped start New Faith
Chapel near Detroit, Michigan, where Tom served as the Minister of Music. Tom most recently
sang with the Commonwealth Quartet from 2008 through December 2019.
The family asks that in lieu of flowers donations be made in Tom’s name to the American Heart
Association or a Veteran’s charity of your choice.
Tom will be interred at Crestview Memory Gardens, Gallatin, TN.