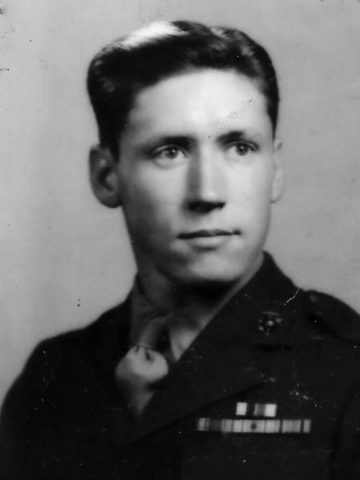 Richard D. LeGrand, age 93 of Gallatin, passed away July 20, 2019. Mr. LeGrand was born on December 1, 1925 in Akron, Ohio to the late Orville LeGrand and the late Daisy Belle Smith LeGrand. He served proudly in the United States Marine Corps during World War II and was on the ground fighting on the front lines in Okinawa. A mechanical engineer by trade, Mr. LeGrand enjoyed his work. He continued working even after his retirement from Hills Research and Development, with over 50 years as an engineer. In addition to his parents, he was preceded in death by his wife, Marcia LeGrand in 2017. He is survived by his children, Chuck LeGrand (Janice), James LeGrand (Sharol), and Mary Harper (Bob); grandson, Michael LeGrand (Megan); and great-grandchildren, Ezra and Zoe LeGrand. A Memorial Service will be held on Wednesday, July 24th at 1:00 P.M. in the Chapel of Crestview Funeral Home. The family will receive friends on Wednesday from 12:00 P.M. until time of service. Arrangements Entrusted To: Crestview Funeral Home and Memory Gardens, 1623 Highway 109 North, Gallatin, TN. Phone: (615)452-1943, Obituary Line: (615)452-7589 www.crestviewfh.com