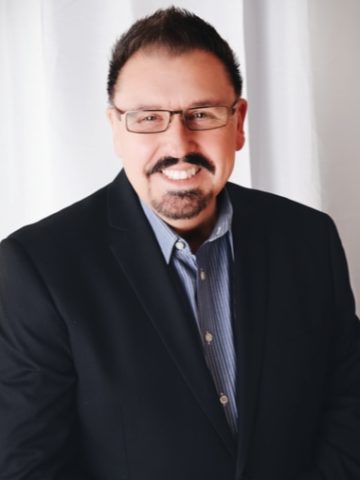 Departed on April 22, 2020 and resided in Hendersonville, TN

On Wednesday April 22nd, 2020 at 6:36pm Rev Dr. Larry G. Hinson went to be with the Lord. He dedicated his entire life to Ministry. Larry was born on July 14, 1956 in Santa Cruz, CA to the late Cecil and Stella Hinson. He is also preceded in death by three siblings, Calvin Hinson, Barbara Hinson Cullum, and Kenny Hinson.

At the young age of 11 years old, in June of 1967, he begin to preach the gospel. December of that same year he stepped on a platform for the 1st time to sing with his family at a little church revival and there was born “The Original Hinsons”. By 13 years of age he was in full-time ministry, singing the gospel and spreading the good news about Jesus, along side his brothers Kenny and Ronny and his sister Yvonne. In 1981 he took on the call of full-time evangelism to further Gods kingdom. In 1987 he pastored his first church in North Little Rock, AR, leading people toward God’s promises until God called him back to the road in 1996.

He again Pastored in White House, TN from 2008 until 2017 when once again God beckoned him to spread the message of Pentecost & Revival around our nation. His beautiful wife Jana walked this journey along side him for 44 years. Together they forged the way. They lived on faith and Gods calling. Larry Hinson dedicated his entire life to serving God and furthering the kingdom of heaven. While many knew him well for his vocal abilities earning him the Singing News Fan Award for Favorite Baritone and the 2006 Gospel music Hall of Fame Inductee Award. Larry loved to preach.

His passion & hunger for Gods word burned so strong he immersed himself in the knowledge of scripture and history, therefore earning his Doctor of Divinity and Doctor of Theology Degrees. He was a licensed minister with the Assembly of God since 1980. There will never be another Larry Hinson.

Due to COVID-19 regulations, The Hinson Family will have a drive thru visitation; Wednesday, April 29, 2020 at Crestview Funeral Home from 11am-2pm.

Family will have a private graveside service.

In lieu of flower donations may be made to:
www.larryhinsonministries.com
PO Box 833
Hendersonville, TN 37077