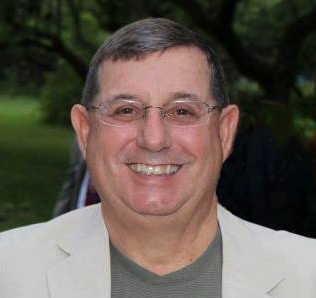 John Bryan Marlin, 73, died peacefully in his home after a short but hard-fought battle with cancer on August 24, 2020.

John was born May 21,1948 to James and Leona Marlin in Portland, Tennessee. He graduated from Portland High School, where he played on the football team and met the love of his life, Anne Simonton. They married in 1966 while attending Austin Peay. For nearly 54 years, they were rarely separated, as he missed his wife terribly whenever she traveled. Together they raised four children, and he was their biggest cheerleader through many seasons of football, softball, soccer, basketball and golf. He encouraged each of them to follow their passions and never wavered in his support of their dreams.

An avid and excellent self-taught golfer, he studied the game incessantly until he knew every detail of the perfect swing, and endless ways to correct swings that were less than perfect. He generously shared his in-depth knowledge of the game with others, including his wife and children, and many others he happily gave lessons to over the years. His family in turn patiently listened to the stories of his matches—reliving every stroke—when he inevitably recreated them at the dinner table. His happy place was always the golf course and he was known to everyone at his home course, Dogwood Hills.

New career opportunities were intriguing to him, and he tried several fields before falling in love with the car business. After soaking in knowledge from larger dealerships he branched out on his own and started Pro-Car in Portland. He was joined by his partner, Keith Reecer a few years later. He was dedicated to helping his customers find that perfect car, and to helping others in the car business find the jobs that were right for them. He made hundreds of friends over the years, and he always had a story and a smile for each of them.

A voracious reader, John was known to read a book or two a day. He enjoyed nothing more than having family over, then retiring to his room to read as he listened to his children and grandchildren playing in the next room. He also liked to sing and listen to music from every decade since the 50s. He loved all types of music: country, classical, opera, gospel and Southern rock, and he especially enjoyed crooning love songs to his wife.

He was a lifelong fan of the Green Bay Packers and the Big Orange, through good years and bad. They were “his” teams, but he made room in his heart for the Tennessee Titans when they came along, as well as the schools where his kids attended college.

John was a deeply devoted husband and best friend to Anne, whom he will love through eternity.

He was incredibly proud of his children Kelley (Brett Alexander), Bryan (Carrie), Karen Sortin (Nick) and James (Vanessa). They are devastated to lose his corny jokes, his vehicular expertise, his book, movie and restaurant recommendations and his political outrage.

He is adored forever by his nine grandchildren (Zebediah, Maddox, Cash, Zuzu, McKane, Hank, Lucas, Phoenix and sweet Sailor) who will always remember the laughter and fun they had with their Grandaddy, especially on the beaches of Florida.

He is further survived by his sisters Meredith Thompson, Bonnie Ausbrooks, and Mandy Marlin, his brother-in-law Dr. Ralph Simonton III and his sister-in-law Dr. Susan Simonton, along with nieces, nephews and other relatives. He will be missed by all who knew him.

Never one to make a fuss, John wished to be cremated, and during COVID-19, he did not want anyone to put their health at risk to attend a service. In lieu of flowers, please feel free to donate to St. Jude Children’s Research Hospital at www.stjude.org. If you’d prefer to show your support through action, make sure you vote this fall. (He would strongly prefer a vote for Biden/Harris, but anyone who knew him already knows that.)