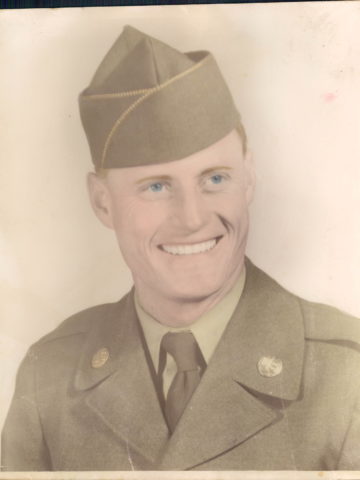 Irving Douglas Downs, 91, of Gallatin, Tennessee, passed away on January 28, 2020. Irving was a United States Army serviceman and was a Korean War veteran.
Irving is preceded in death by his wife; Mary Bradley Downs, and his son; James Douglas Downs. He is also preceded by four brothers; James, Tom, Andy, and Bill Downs, and one sister; Irene Tucker.
Irving is survived by his son; Jeff D. (Janie) Downs, and his daughter, Alice Downs Chambers, three grandchildren, and four great-grandchildren. He is also survived by three sisters; Annie Grissom, Virginia Phillips, and Emma (Bobby) Haggard.
Visitation with the family will be held Thursday, January 30, from 4:00 to 8:00 P.M. and Friday, January 31, from 10:00 to 11:00 A.M. Funeral services will begin on Friday, January 31, at 11:00 A.M, in the Chapel of Crestview Funeral Home with Brother Jerry Peace officiating. Interment with military honors will follow in the Crestview Memory Gardens.
In lieu of flowers, the family asks that donations be made to local food banks, where Irving volunteered for the last several years.