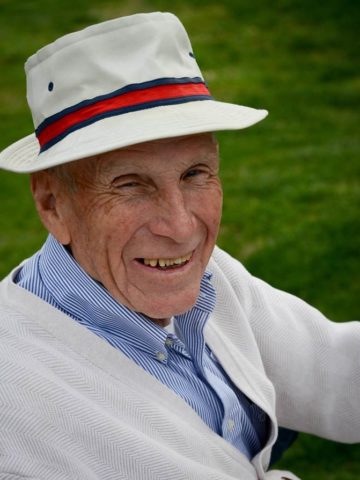 Harold Cope Young, age 94 of Gallatin, passed away April 13, 2019 surrounded by his family. Mr. Young was born on May 1, 1924 in Coolomee, North Carolina to the late Phillip S. Young and the late Alma Brinegar Young. He was a veteran of the United States Army serving during World War II, he was deployed in the South Pacific from 1943-1946 and was aboard a ship in Tokyo when the surrender was signed. Following his military service, he attended Southern Missionary College obtaining his undergraduate degree in education. He was a longtime devoted and dedicated Elementary Educator, most recently at Madison Campus Elementary School. Harold enjoyed his work and continued to work up until Thanksgiving 2018 as a starter on the golf course at Fairvue Plantation in Gallatin, a place he loved and a game he loved. He was a longtime member of the Madison Campus Seventh Day Adventist Church. Harold loved people and never met a stranger, but the most important thing in his life was his family who he loved dearly. In addition to his parents, Harold was preceded in death by his wife, Peggy Young; brother, Phil Young; and sister, Mary Jo Daily. He is survived by his sons, Richard Young (Tonia) and Martin Young (Cindi); grandchildren, Steven Young (Karina) and Emily Maxie (Jason); great-grandson, Landin Young; sister-in-law, Louise Shain; and several nieces and nephews. A Life Celebration Service honoring Harold will be held at 4:00 P.M. on Saturday, April 27, 2019 at the Madison Campus Seventh Day Adventist Church where Harold was a longtime member. The family will receive friends on Saturday, April 27th from 3:00 P.M. until time of service at the church. A Private Graveside Service with Military Honors for Harold will be held at the Barrow Memorial Gardens in Winder, Georgia.  In lieu of flowers, memorial donations may be made to Madison Campus Elementary School in Madison, TN to help a child with their tuition. Arrangements Entrusted To: Crestview Funeral Home and Memory Gardens, 1623 Highway 109 North, Gallatin, TN Phone: (615)452-1943, Obituary Line: (615)452-7589 www.crestviewfh.com