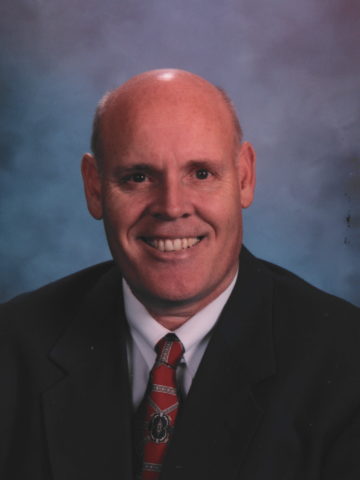 Everett Allen Hanner of Goodlettsville, Tennessee, passed away early Monday morning, July 20, 2020 at Alive Hospice in Nashville Tennessee. He was born and raised on the Hanner family farm in Jackson County amidst the rolling hills of southern Indiana He hunted those hills -- part of the Hoosier National Forest -- for critters and morel mushrooms.(You yourself should check out the area for the resplendent fall leaves!) Saturday, July 18, Everett was inviting everyone -- nurses and family alike -- to accept Jesus Christ into their lives and hearts and be sure to live for Him: "Life with Jesus is wonderful and you won't be sorry!" As he was speaking, he held up both hands toward heaven.

Everett taught his first year in LaPorte, Indiana; then, after marrying Esther in 1966, he taught elementary school and was a middle-school principal later; he was part of the Metro Nashville Public Schools for 36 years (Tennessee) . Everett retired from Metro in 2002.

Everett and his family loved to travel and highlights were an Alaska road trip in 1992 (10,000 miles plus--he was the sole driver) and Newfoundland in 1994--both trips included some time on ferries--the Inside Passage on the Alaska ferry system was an overnight trip.

Everett lost his mom, Iris Glodene, in 1983 and his dad, Eldon, passed away in 2003. Three of his brothers preceded him in death: Steve, Dennis, and Loy.

He is survived by his wife, Esther, of Goodlettsville, TN, his son Trenton of Nashville TN, his daughters Natalie and her husband Brian; of Hendersonville, TN; and Brittany Lowe and her husband Todd of Cottontown, TN. Five terrific grandchildren include Olivia, Julianna, Adam, Justine, and Jude. Also surviving him are his brothers Kenneth (and wife Barbara) and Philip; sister, Marilyn Wilson (husband Jim) and sisters -in-law Rita and Emma; and numerous and nieces and nephews.

We the family will endeavor to have a Celebration service for Everett at a later date.