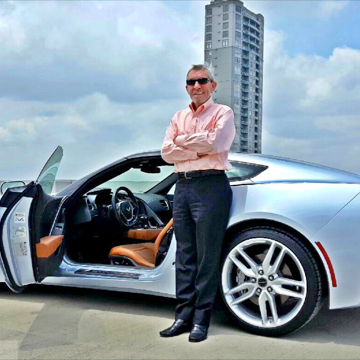 Departed on September 3, 2019 and resided in Gallatin, TN

He is preceded in death by mother, Nell Rose Myers and father, Clarence Graham Myers, Jr.

Graham spent his life in the fast lane and loved his work. After playing AAA baseball and serving in the Army Reserves, Graham spent his time making communities more functional and attractive through transportation projects. A graduate of University of Colorado (‘73) and a mechanical engineer by trade, Graham traveled the world and oversaw construction projects, including many beautiful bridges, major roadways, and being assigned to his final project and what he considered the “highlight of his career”, the Houston-Dallas high speed rail project.

Born and raised in Gastonia, North Carolina, Graham spent time adventuring and following construction projects, allowing him to call Mississippi, South Florida, Alexandria, Virginia, Houston, Texas, and many other places home over the years. His final days were spent in Gallatin, Tennessee. Graham’s sense of humor, wild ideas, and heart of gold will be missed by all who knew him.

In lieu of flowers, please help Graham’s love for baseball live on for all by contributing in his honor to the Gallatin baseball parks, fields, and facilities, City of Gallatin, 132 West Main Street, Gallatin.

“Life should not be a journey to the grave with the intention of arriving safely in a pretty and well preserved body, but rather to skid in broadside in a cloud of smoke, thoroughly used up, totally worn out, and loudly proclaiming “Wow! What a Ride!”-Hunter S. Thompson