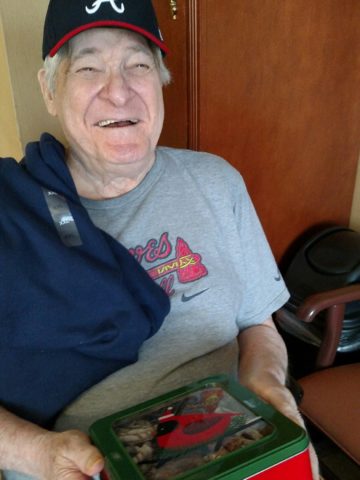 Departed on April 21, 2019 and resided in Hendersonville, TN

Alvin C. McDaniel, Jr., age 83 of Hendersonville passed away April 21, 2019. Alvin was born in Memphis, TN on March 19, 1936 to the late Alvin C. McDaniel, Sr. and the late Katie Lou Beckett McDaniel. Alvin was a graduate of Treadwell High School in Memphis. He was a veteran of the United States Army and served in Vietnam; he was a member of the Elks Lodge in Atlanta for many years before moving back to Tennessee. The family wants to thank the staff of NHC Hendersonville for their care of Alvin over the past few years. Alvin was a loving father and grandfather; he will be deeply missed. In addition to his parents, he was preceded in death by his daughter, Melissa McDaniel. He is survived by his son, Alvin L. “Buddy” McDaniel (Sherri) of Summerville, SC; brother, George R. “Bob” McDaniel (Barbara) of Hendersonville; sister, Shirley Ann McDaniel Tilton of Memphis; 2 grandchildren and many nieces and nephews. The family will be having a private service at a later date. Arrangements Entrusted To: Crestview Funeral Home and Memory Gardens, Gallatin, TN (615)452-1943 www.crestviewfh.com