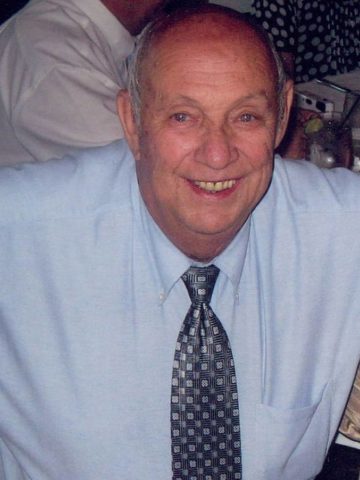 Alfred R. “Al” Goguen, age 87 of Portland, passed away May 23, 2019 at his home. Al was born on June 11, 1931 in Fitchburg, MA to the late Joseph Goguen and the late Beatrice LeBlanc Goguen. Al was a veteran of the United States Army; after his military service he went to work as an engineer for TVA, retiring after 30 years of service. After retirement, he was president of the TVA Retirees for several years and always enjoyed being with fellow retirees. Family was Al’s number one priority, he loved his children and grandchildren dearly. He was an avid Boston Red Sox, Tennessee Titans and Vanderbilt Commodores fan; he enjoyed golfing for many years as long as his health allowed. He had a great sense of humor and was a practical joker, often playing pranks on his family. Al attended Crossroads Church in Westmoreland and loved his church family. He was a loving husband, father and grandfather; he will be deeply missed by his family. In addition to his parents, he was preceded in death by his son, Rick Goguen; grandchildren, Rachel and Eric Petersen; siblings, Bernard, Emile, Ray, Hilda, Edith, and Hervey. He is survived by his wife of 38 years, Geneva Goguen; children, Pam Goguen Quintal, Karen Fosmire (Garrett), and Tammy Duke (Tracy Pepper); grandchildren, Matt Mayberry (Kimberly), Amanda Melton (Justin), Lacey Quintal, Shelly Crook (Steven), and Travis Goguen (Celina); and 7 great-grandchildren. Funeral Services will be conducted on Tuesday, May 28th at 11:00 A.M. from the chapel of Crestview Funeral Home with Bro. Jay McDonald officiating. Interment with Military Honors will follow in Crestview Memory Gardens. Visitation with the family will be on Monday, May 27th from 5-8 P.M. Arrangements Entrusted To: Crestview Funeral Home and Memory Gardens, 1623 Highway 109 North, Gallatin, Phone: (615)452-1943; Obituary Line: (615)452-7589 www.crestviewfh.com